Is the US Economy Close to Hitting Bottom? 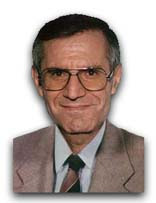 Most experts and commentators are of the view that the worst of the US recession may be over by year's end. My own prediction is for an illusory recovery of government-constructed economic indicators, but nothing more than that.

It is held by most experts that a recession is typically set in motion by various unpredictable shocks. For instance, it is argued that the present recession was triggered by the crisis in the real estate market. Since, as a rule, various shocks tend to weaken consumer demand, it is the role of the central bank and the government to replace this shortfall in demand by boosting monetary pumping and government outlays. Thus, the central bank and the government counter the effects of various negative shocks by means of monetary and fiscal stimulus policies.

The monetary and fiscal stimulus is aimed at boosting overall expenditure in the economy, which (it is believed) is the key for economic growth. On this logic, spending by one individual becomes the income for another.

Following this way of thinking, since September 2007 the US central bank has aggressively lowered its interest rates. The federal funds rate target was lowered from 5.25% in August 2007 to almost zero at present. The yearly rate of growth of the Fed's balance sheet (that is, the pace of monetary pumping) jumped from 4% in September 2007 to 152% by December 2008.

With respect to the fiscal stimulus, aggressive government spending has resulted in a massive deficit. For the first nine months of fiscal year 2009, the budget deficit stood at $1.086 trillion. That compares with a shortfall of $285.85 billion in the comparable year-ago period. The twelve-month moving average of the budget had a deficit of $105 billion in June — the largest deficit since 1960.

It would appear that recent strengthening in some key economic data raises the likelihood that various stimulus measures have succeeded in reviving the economy. Seasonally adjusted retail sales increased by 0.6% in June after rising by 0.5% in the month before — this was the second consecutive monthly increase. The pace of deterioration in industrial production appears to be softening as well. Seasonally adjusted production fell by 0.4% in June after a fall of 1.2% in May. (Note that in January production fell by 2.2%.)

If recessions are caused by a fall in consumer demand as a result of various unforeseen shocks, then it makes a lot of sense for the government and the central bank to beef up the overall demand in the economy.

Observe that various economic data, which serve as a guide to establishing the state of the economy, are derived from monetary expenditure data. This means that the more money that is created, the larger the expenditure (in terms of money) is going to be. Hence, various derived statistics are going to mirror this strengthening. For instance, the so-called gross domestic product (GDP), which is pivotal in the analysis of various experts, reflects the rate of growth in money supply.

Once the state of an economy is assessed in terms of GDP, it is not surprising that the central bank appears to be able to counter any recessionary effects that emerge. By pushing more money into the economy, the central bank's actions will appear to be effective, since GDP will show a positive response to this pumping, following a time lag.

If the key to economic growth is an increase in demand, then poverty world-wide would have been eradicated a long time ago. Every central bank in the world could have generated massive demand by means of monetary pumping, which according to popular thinking would have generated massive economic growth. That this is not the case — have a look at Zimbabwe — should raise questions regarding the soundness of this popular way of thinking.

Careful examination actually shows that, rather than protecting the economy, loose monetary policies are the key source of boom-bust economic cycles.

The source of recessions turns out to be the alleged "protector" of the economy — the central bank itself. Further investigation demonstrates that the phenomenon of recession is not an indicator of the weakness of the economy as such, but rather an indication of the liquidation of various activities that sprang up on the back of the loose monetary policies of the central bank.

The expansion in activity that sprang up on the back of loose monetary policy is what constitutes an economic boom — in reality, false economic prosperity. Note that once the central bank's pace of monetary expansion has strengthened, irrespective of how strong and big a particular economy is, the pace of the diversion of real wealth will also strengthen.

However, once the central bank tightens its monetary stance, it slows down the diversion of real wealth from wealth producers to non-wealth producers. And as activities that sprang up on the back of the previous loose monetary policy receive less support from the money supply, they fall into trouble — an economic bust, or recession, emerges.

From what we have shown, we can conclude that recessions are essentially the liquidation of economic activities that were created and sustained by the loose monetary policy of the central bank. The process of a bust is set in motion when the central bank reverses its earlier loose stance.

Having established this, we must investigate why recessions are recurrent. The reason for this is that the central bank's ongoing policies are aimed at fixing the unintended consequences arising from its earlier attempts to stabilize the economy — or rather, what it believes to be the measure of the economy: the GDP. On account of the time lag between changes in money supply to changes in GDP, the central bank is forced to respond to the effects of its own previous monetary policies. These responses to the effects of past policies give rise to fluctuations in the rate of growth of the money supply and, in turn, lead to recurrent boom-bust cycles.

From this we can infer that the government's and Fed's loose monetary policies have only weakened the wealth generators' ability to grow the economy by diverting real wealth to nonproductive activities.

Can the economy recover despite aggressive policies of the Fed and the government?

We suggest that the aggressive policies of the Fed from 2001 to June 2004 — during which time the fed funds rate was lowered from 5.5% to 1% — have significantly damaged wealth generators' abilities to keep the flow of real savings going. While the Fed's tight interest rate stance from June 2004 to September 2007 provided good support for wealth generators, the loose stance since September 2007 has most likely undone anything positive from that time. Hence, we doubt that the US economy is on the verge of solid economic recovery, if at all.

Some commentators hold the view that the present economic crisis is the result of the Greenspan-chaired Fed's extremely loose monetary policy between 2001 to June 2004. Yet for some strange reason the same commentators hold the view that Fed's loose monetary policy since September 2007 has saved the economy from massive disaster. According to this way of thinking, at certain times pumping money is bad for the economy, while at other times it can be of great benefit. We find this logic extraordinary. Something that is bad cannot also be good. Printing money always undermines the bottom line of the economy. This is why it is always bad news.

We also find it extraordinary that many experts are urging the US government to increase its fiscal stimulus in order to strengthen the expected economic recovery. Again, as with loose monetary policy, loose fiscal policies can only redistribute the existing pool of real savings. The greater the fiscal stimulus, the less that is left for wealth generators to promote real economic growth.
Fed May Consider a Tighter Stance

On account of massive monetary pumping, the growth in momentum of various key economic data is likely to strengthen in the months ahead.

This, we maintain, may prompt Fed policy makers to consider curtailing the pace of monetary pumping. In an interview with Reuters, the Kansas City Federal Reserve Bank president Thomas Hoenig said that the Fed's massive monetary stimulus must be gently withdrawn as the economy improves. "There are ways to pull it out when you see the economy showing signs of stability, pulling out the liquidity slowly, carefully," he said.

Furthermore, Hoenig argues that it is important to raise interest rates from current levels to a range around their "neutral" setting — the level where they neither stimulate nor restrict economic activity in order to prevent future inflation. According to Hoenig, "[O]nce we get the policy rate in a range — around neutral — you stay within that range. What we need to do is get to some level of policy that is more constrained, around a neutral level, and then let the economy work its way through."

We, however, suggest that once the Fed tightens its stance — regardless of the neutral interest rate fiction — this will set an economic bust in motion; that is, it is going to hurt the various activities that emerged on the back of the Fed's previous loose monetary stance.

Most experts are of the view that the worst of the US recession may be over by year's end. Common opinion holds that the key reason for the expected turnaround is the positive effect that the policies of the government and Fed have on various economic indicators. The pace of monetary pumping by the US central bank jumped from 4% in September 2007 to 152% by December 2008. With respect to fiscal stimulus, aggressive government spending has resulted in a record deficit of over one trillion dollars in the first nine months of fiscal year 2009.

Careful examination shows that, rather than protecting the economy, it is loose monetary policies that are the key source of boom-bust economic cycles. Loose Fed and government fiscal policies have only weakened the wealth generators' ability to grow the economy. Aggressive policies have inflicted severe damage to the sources of funding that support real economic growth. Hence, we are doubtful that the US economy is on the verge of a solid economic recovery. On account of massive monetary pumping, the growth in momentum of various key economic data is likely to strengthen in the months ahead. We maintain this may prompt Fed policy makers to consider curtailing the pace of monetary pumping, and we suggest that this will set in motion a new economic bust.